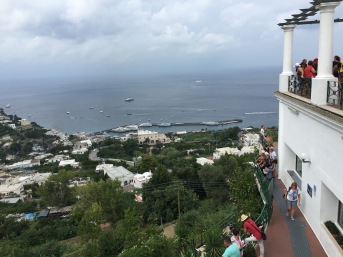 I took a morning train from Florence to Napoli that arrived at noon. I transferred to a ship to get to Capli. The island was much busier than I expected. I couldn’t find other Asians there because of summer vacation season in Japan was over. It was too late to take a boat to ‘Grotta Azzurra’, famous Blue Grotto. I postponed it to the next day.

This island is small and hilly. Roads are very narrow. To move, we must walk or hire a tiny cargo that is about 1.5m wide.  I ate real Caprese in Capri. The cuisine is from this island and named from the island’s name. Mozzarella cheese cut was much bigger than I had in Japan. Tasty!

Next morning,I reached to the pier to take the first boat for the Grotto. It took half an hour to the place. Entrance hole is quite small. When the tide is high, we cannot enter to the grotto, but we were lucky. The water looked very clear and ink blue. We just stayed inside of the grotto only for a couple of minutes. Lots of boats are waiting for our getting out. I could watch the blue water well through the camera finder, but with my eyes just only a glance. I was too busy to take photos with my NIKON camera. 😦  Although I realized iPhone’s picture was much better than big camera. 😦 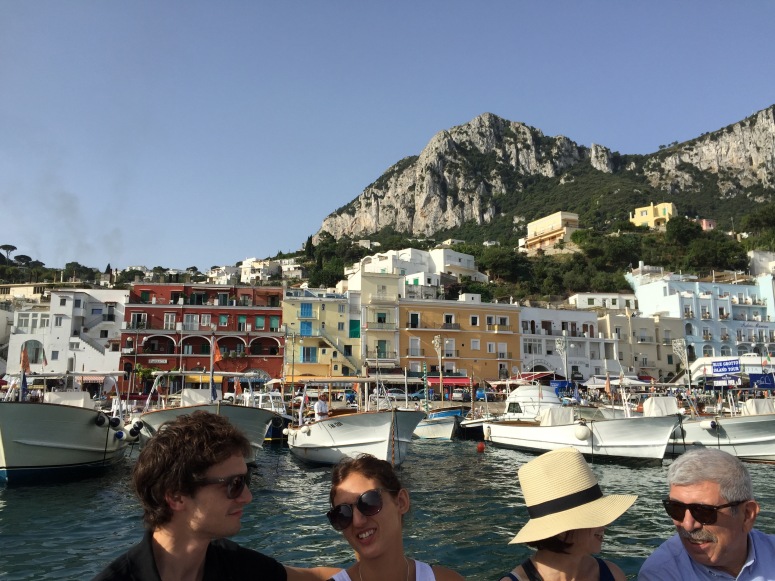 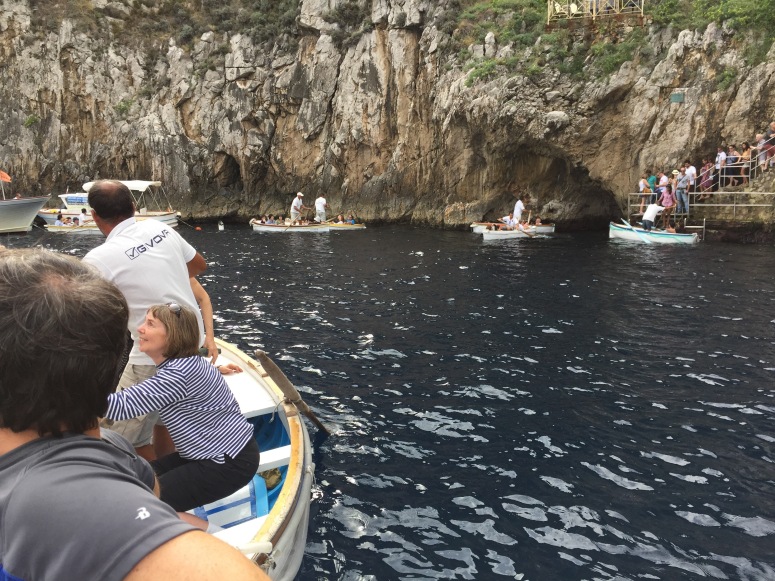 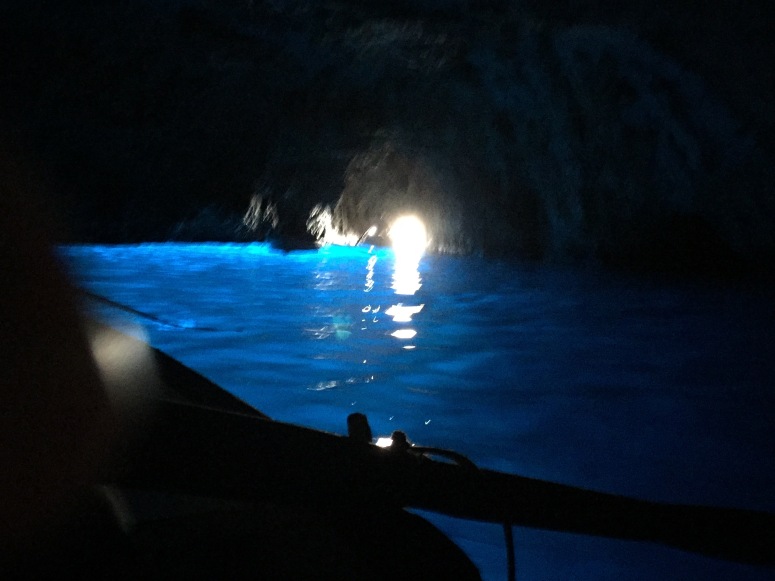 In the late afternoon, I took a ship for Amalfi. I stayed there for two nights. I took a short trip to the very small city area of Amalfi. One hour was enough to walk all the small avenues. I visited the Duomo (Cathedral) which is the symbol of the city for an hour. Other hours I was at a open terrace coffee shop till the supper. Next day I was lazy at the hotel whole day long sunbathing. There was a tiny swimming pool in the hotel. No beach. The coast is very rocky. People swim in the sea next to the pool. I could relax there.  🙂 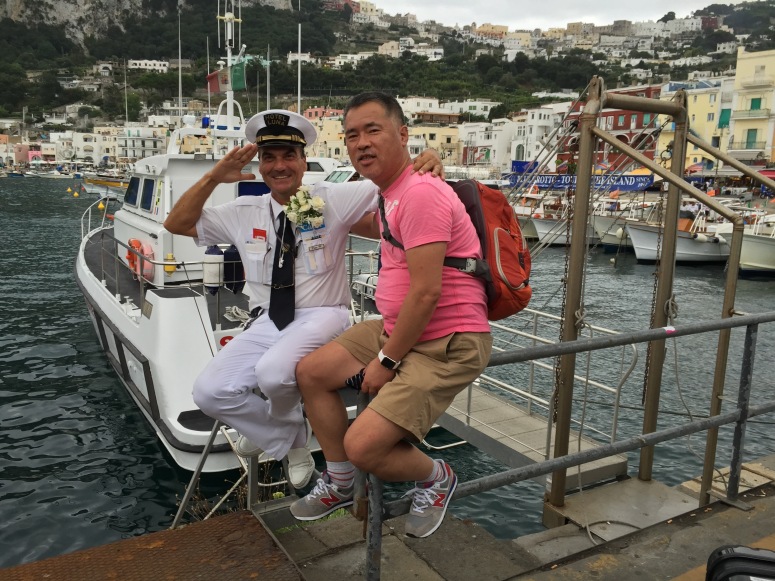 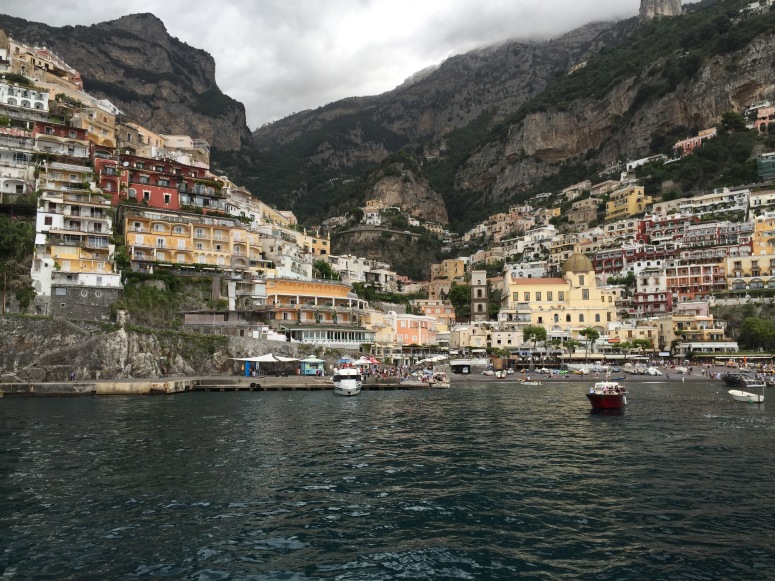 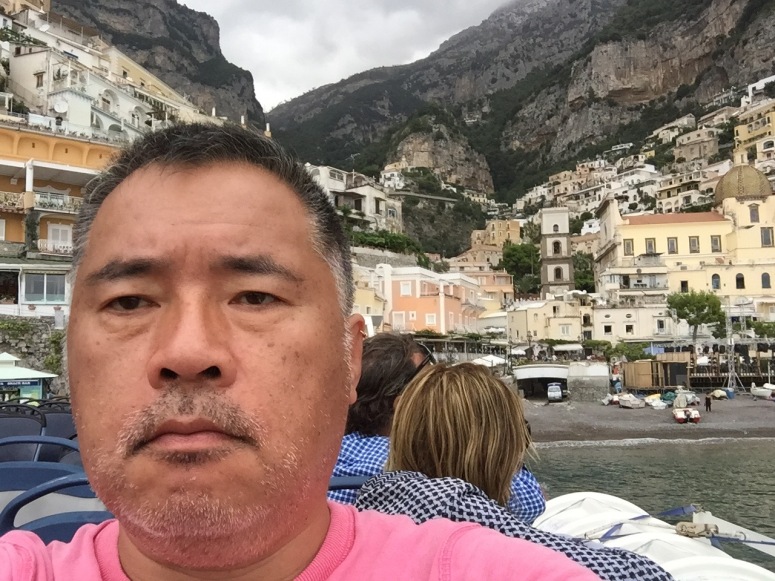 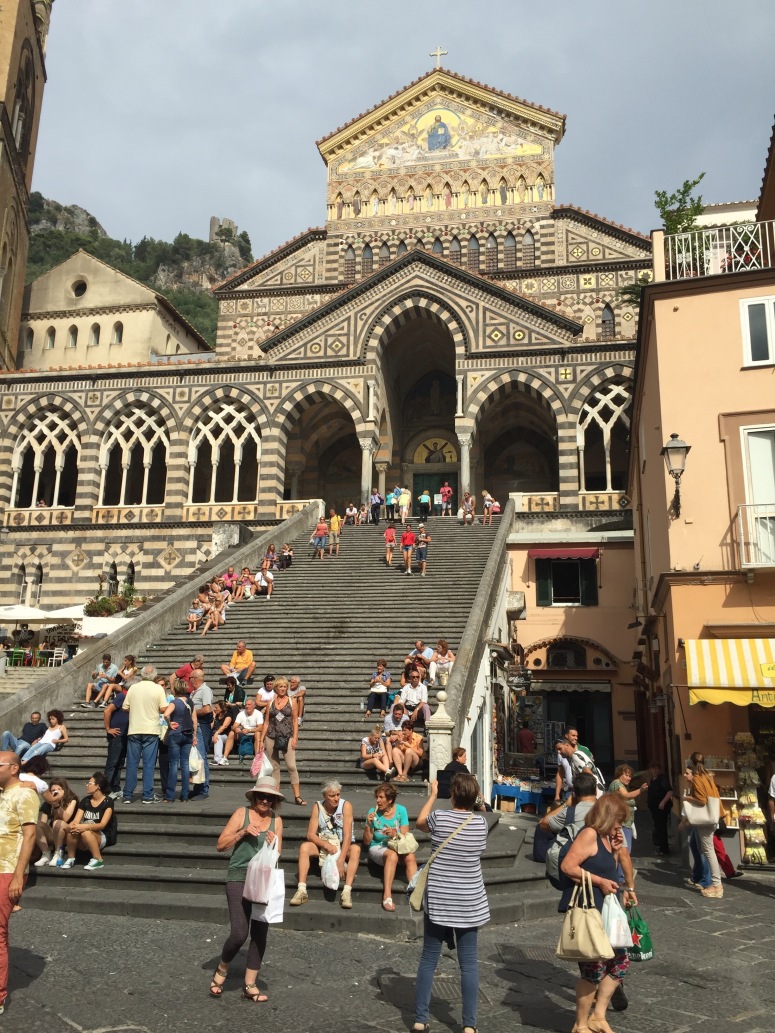 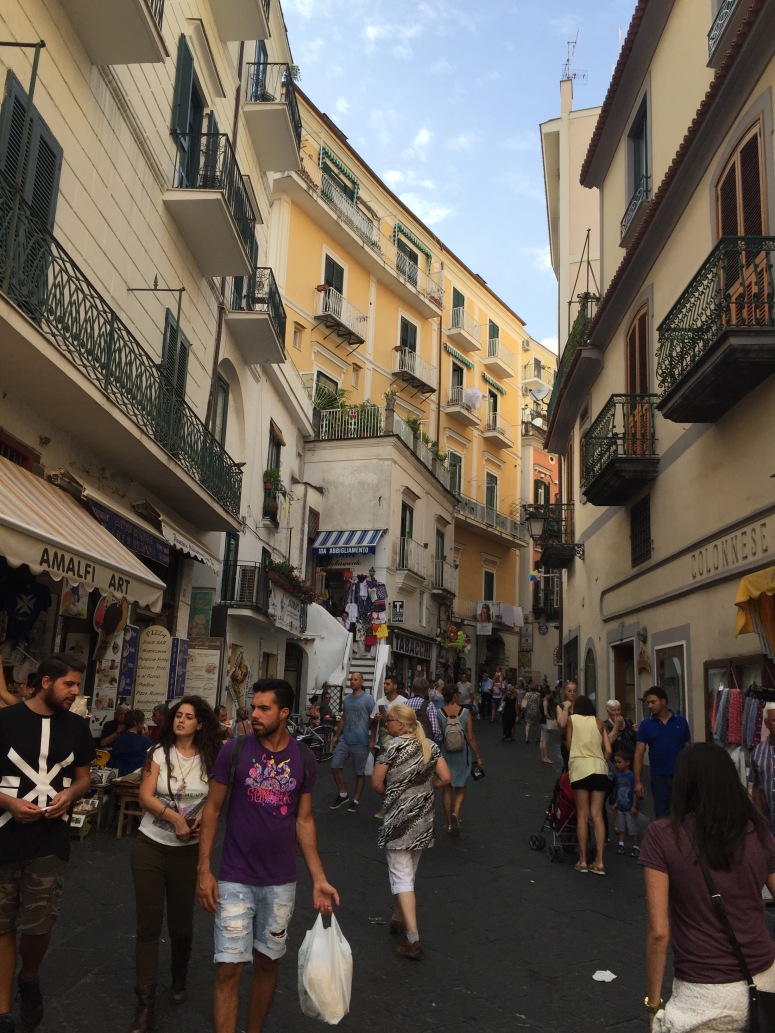 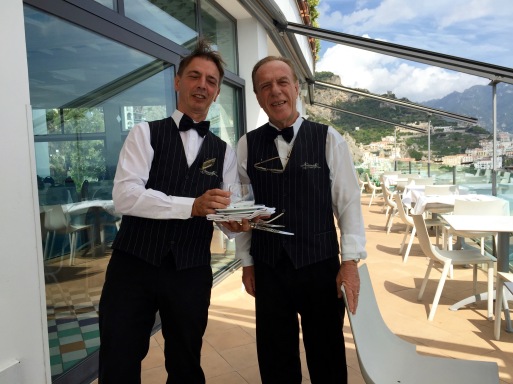 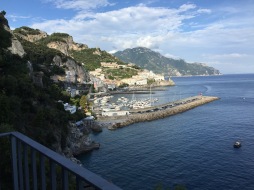 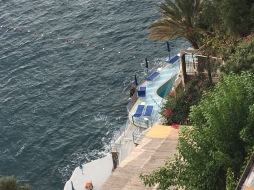 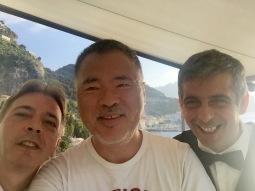 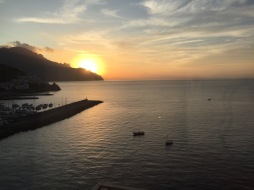 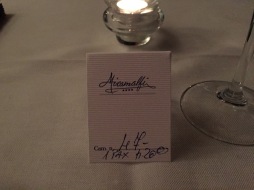