Matsumoto-jo was built about 400 years ago, which is the oldest and original castle. It is a National Treasure. It is sometimes called ‘Ujo’, namely the castle of crow, because it is painted in black.

Matsumoto-jo is a flatland castle. It is not built on a hilltop or river. Its defences would have included an extensive system of inter-connecting walls, moats and gatehouses.

The main donjon, ‘tenshu-kaku’, was completed in 16th century. Its wooden interiors and external stonework are original. I think this castle in Nagano Prefecture and ‘Himeji-jo’ Castle in Hyogo Prefecture are the most beautiful real castles in Japan. Himeji-jo is called ‘White Egret Castle’ because of its color. 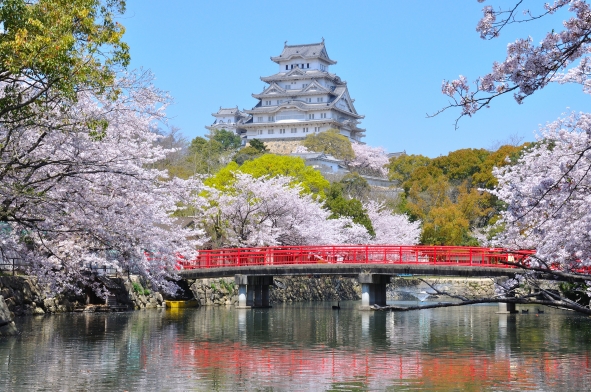