Shinkan-sen, the bullet train started the service in 1964, when the last Tokyo Olympic Game was held. First shinkan-sen was between Tokyo – Osaka in three hours. Now Shinkan -sen network expanded to whole of Japan, still expanding. Most recent Shinkan-sen started its operation is ‘Hokkaido Shinkan-sen’.

It runs by over 300 km/h. We believed Shinkan-sen is one of the most safe transportation system, though now government is discussing the accident of run off the rails by the recentest Kumamoto Earthquake. Railway company did not expect such a huge scaled earthquakes probably. When the big earthquake in Tohoku (3.11)  5 years ago happened, the shinkan-sen stopped automatically after catching the Primary Wave before the Secondary Wave. But this time S-wave reached very shortly after the P-wave.

Maybe the railway company will reconsider about this derail matter carefully, and adapt the improved new system in a future.

In the 50 year old history of Shinkan-sen, the railway company introduced many types and models of cars. Some cars are already retired from the service. The Pictures below are some of the models which I like the best. 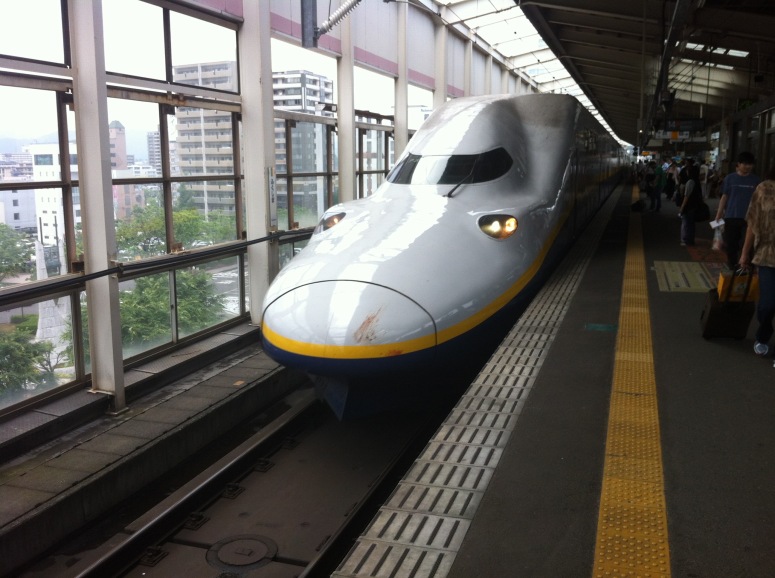